Accused in Kensington Market shooting says it was 'not really' difficult to get a gun, court hears

Video obtained by CTV News Investigates of a 2018 Canada Day shooting in Kensington Market that left a 19-year-old man dead and three bystanders injured shows how it escalated from a conversation to deadly violence in seconds.

The man who admitted in court to firing those shots, Ibrahim Khiar, testified this week in his second-degree murder trial that obtaining the gun was “not really” difficult after he himself was a victim of gunplay, which law enforcement statistics suggest is on a rapid rise.

Khiar testified that he squeezed the trigger of that gun, a 40 calibre Glock 27, emptying the clip into the street, hitting three bystanders and killing a man he believed was threatening him. The victim has been identified as Marcel Teme.

“That’s when I stepped in and he says, you want smoke?” Khiar testified under questioning from his own lawyer on the stand. “Then I turn around quick and I see [a friend] yelling and then I don’t know, I just started shooting.”

Khiar said he “zoned out” during much of that time, unable to say precisely how many shots he had fired or had hit Teme. Court heard the eight bullets struck the bystanders, with one hospitalized with bullet fragments in his skull.

“He was 19! He was my baby,” said his anguished mother, Monique Mukanga, at the time.

Khiar’s testimony provided a rare glimpse into the mindset of a person who carries a gun in public in Toronto — and uses it.

He testified he believed that Teme was carrying a weapon — an element in his legal argument where he admitted to pulling the trigger but says he was firing in self-defence. 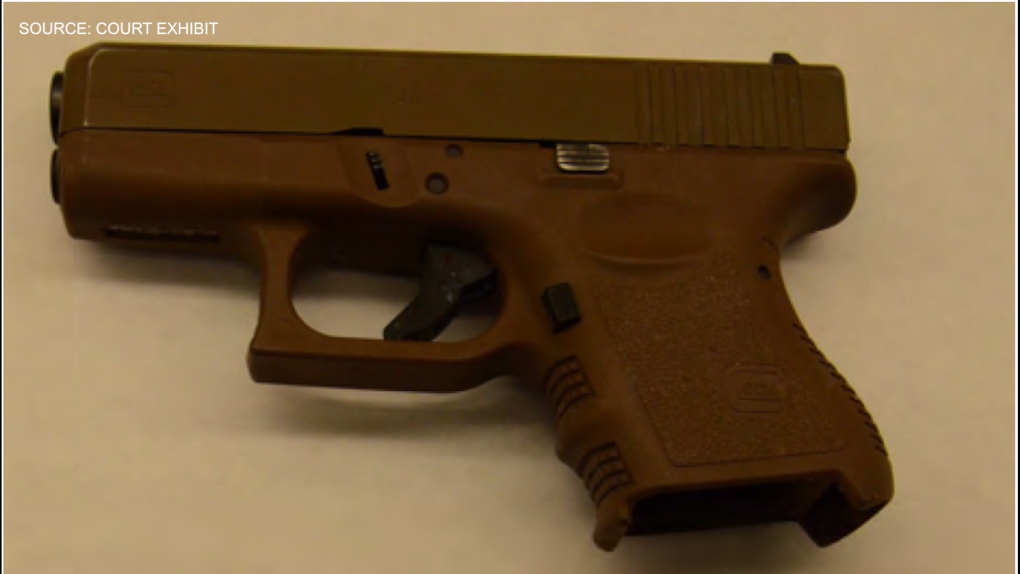 A 40 calibre Glock 27 is seen in this court exhibit.

The court has heard that authorities didn’t recover any firearm from Teme. It’s going to be up to the jury in the trial to decide who to believe.

Khiar told the court he bought the firearm after he himself was hit by a bullet at Thompson Diner on Bathurst Street in a shooting in 2017. He survived after surgery. Police at the time said he didn’t co-operate with them.

“I didn’t want to be labelled a rat or something. I have to worry about my own safety and my family’s safety,” Khiar said.

He decided to take his safety into his own hands, he testified, describing how easy it was to purchase a handgun.

“In our world you can ask someone and someone will send you to someone and you can get anything you want,” he said.

“Was it difficult?” his lawyer asked.

“Not really,” he replied.

“Do you recall how much you paid for it?” he said.

As easy as access to guns were in that year, observers say, today it’s far worse.

Toronto police statistics show the number of shootings in the city is up 22 per cent from last year to date, standing at 137 incidents so far in 2022 — the highest of four out of five recent years.

Many guns are sourced from south of the border, where new statistics show a 74 per cent surge in guns seized by border guards, to 955 in 2021-2022.

“We know the trend in the number of guns they are stopping is increasing,” said Louis March of the Zero Gun Violence Movement. “But we don’t know how many guns they are not stopping.” 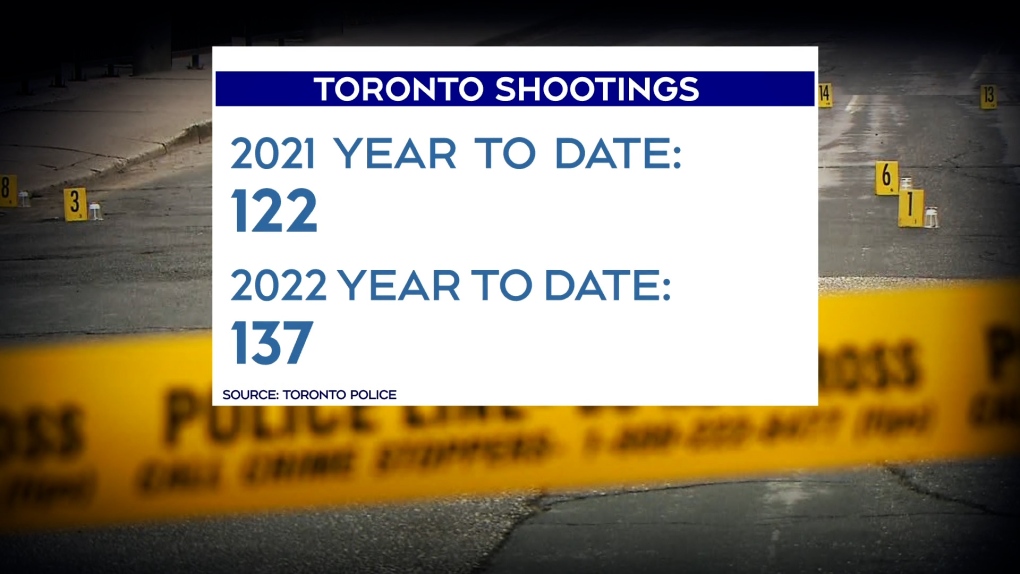 March said seizing guns is a necessary part of a crackdown on gun violence. But he said a crucial element in this case was Khiar’s subjective fear in response to being shot — one element in a cycle of violence that encouraged him to get a gun that he would use.

“The value is not just having the gun anymore, but the willingness to use it and the unpredictability of when that trigger is going to happen,” he said.

“It’s scary because it’s very unpredictable right now, what the trigger will be for someone to pull a gun."

The City of Toronto is moving forward on its SafeTO program, with an update to Toronto City Council in January that stated it would expand community safety beyond crime and enforcement to prevention and well being, and use data to inform decision-making.

Court heard that it took just 20 seconds for the conversation to turn deadly. Khiar fled in a car, but photos entered as evidence show it was crashed a short distance away. He testified he hid for at least six months before police found him the following year.

Prosecutors are expected to cross-examine Khiar on Thursday.