The owner of a laundromat in Toronto’s west-end says one of her customers was brutally attacked for no apparent reason. Now she’s sharing security video of the incident to raise awareness and help keep her community safe.

The attack happened on Monday at approximately 12:15 p.m. at Budget Coin Laundry on Dundas Street West near Dufferin Street.

In security video obtained by CTV News Toronto, two men inside the laundromat appear to have little interaction for about 20 minutes before the man at the table throws a piece of clothing at the other man who is seated.

The other man gets up, throws a punch, but is knocked twice with a recycling bin and falls to the ground.

While still on the floor, the man is then hit in the back with what appears to be bolt cutters and kicked in the head. 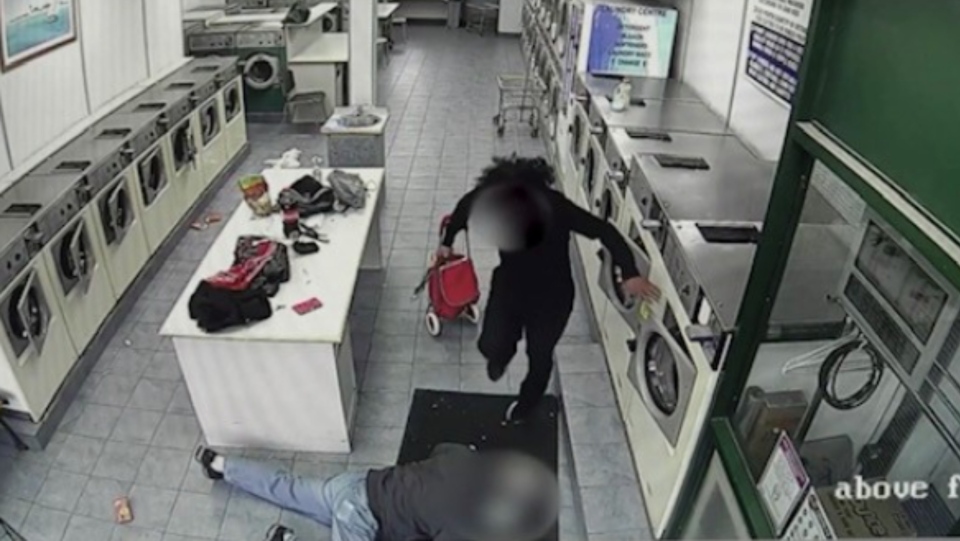 Bloodied, the man on the ground struggles to get up and moves toward the back of the room. The other man leaves.

Police said the two men are not known to each other.

“I feel sorry and really saddened for him. I personally am so saddened that this happened to him,” said owner Fatima Medeiros, who has been a part of the small business for 40 years.

Medeiros said she learned about the attack from Toronto police just a short time after it took place early Monday afternoon and quickly came over to the laundromat to look at the video.

Since the attack, Medeiros admits that she’s been looking over her shoulder and worrying about the people in the community, especially because it happened in broad daylight.

“I fear for the fact that this gentleman could walk out on the street and walk into another business ... and could commit other crime, something more severe,” she said. 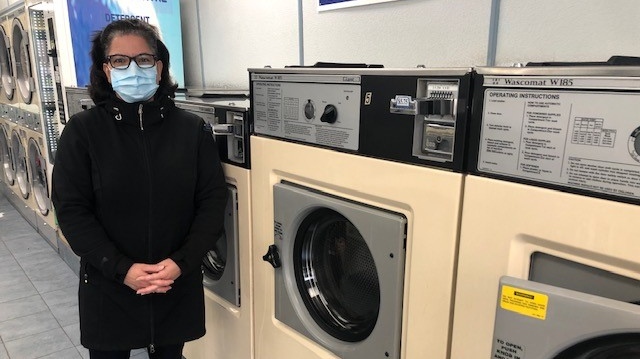 Customers inside Budget Coin Laundry on Tuesday share those concerns.

“I feel bad to hear that happened. That’s scary, I hope the person who was attacked is okay,” said customer Sarah Greene.

The owner said the victim was taken from the laundromat in an ambulance, but few other details are known about his condition.

No arrests have been made at this point.