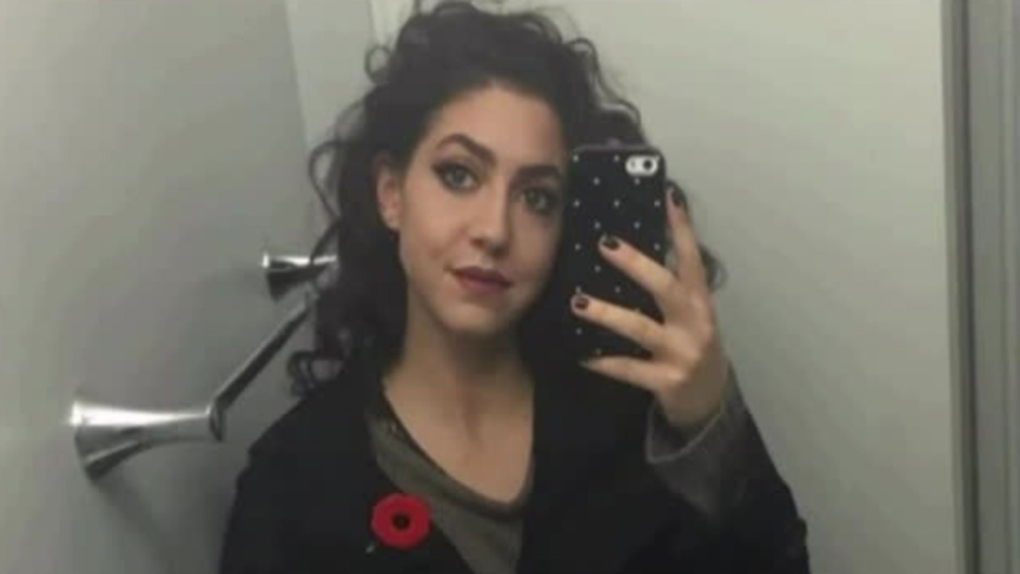 TORONTO -- A 23-year-old man is being tried on a charge of first-degree murder in connection with the death of a 22-year-old woman in Toronto’s Church-Wellesley Village in 2017.

Tess Richey was reported missing after she did not return home from a night out with friends.

She was later found dead by her mother at the bottom of an outdoor stairwell at a construction site not far from where she was last seen.

Investigators have previously said that Richey and her alleged killer, Kallen Schlatter, likely met the night of her death.

Here is a timeline of key events in the case:

Nov. 28, 2017: The Toronto Police Service reports Richey as missing and releases photos of the 22-year-old.

Nov. 30, 2017: Investigators say Richey had been found dead not far from where she was last seen.

Dec. 1, 2017: Richey’s death is ruled a homicide by Toronto police. Her cause of death is determined to be neck compression.

Dec. 4, 2017: Investigators provide a description of a man who was seen in the company of Richey shortly before she disappeared.

Dec. 4, 2017: The family of Richey comes forward saying her mother discovered her daughter’s body outside a construction site at the side of an abandoned building on Nov. 29, 2017. The Toronto Police Service then confirms its professional standards unit is investigating the handling of the murder case.

Dec. 10, 2017: Investigators release security camera images of a man who was believed to be with Richey before she went missing.

Feb. 5, 2018: Kalen Schlatter, 21, is identified by police as a suspect in Richey’s death and is charged with second-degree murder.

March 21, 2018: The charge against Schlatter is upgraded to first-degree murder.

April 19, 2018: The Toronto police civilian oversight board establishes a working group to lay out the parameters for an external review of how the service handles missing persons cases.

June 12, 2018: Two Toronto police officers are charged under the Police Services Act following an internal investigation over allegations the constables failed to thoroughly search for Richey. The case against the two officers will not be heard until after the murder trial is complete.

June 25, 2018: The board names an Ontario judge to head an independent review into the Toronto Police Service’s handling of missing persons cases.

Aug. 24, 2018: The judge leading the independent review into how the Toronto Police Service handles missing persons cases say the “large task” will take longer than expected and will not be complete until January 2021.