'A slap in the face': Indigenous communities shocked by Mike Harris' nomination to the Order of Ontario 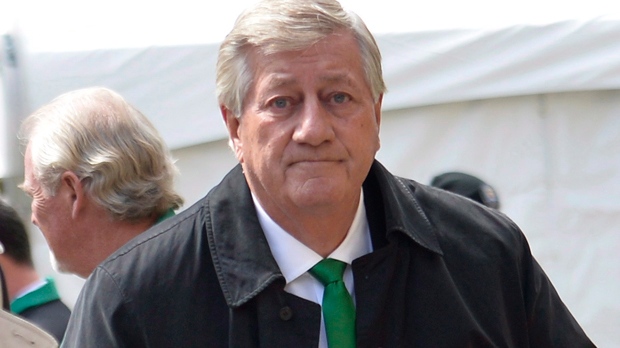 TORONTO -- Warning: This story contains extremely graphic language that may be upsetting to some readers.

Indigenous communities in Ontario are speaking out against the nomination of former premier Mike Harris to the Order of Ontario, saying it is a step back in reconciliation.

The province recently named the controversial former premier as one of 25 people nominated for Ontario’s highest honour, which recognizes excellence and achievement in any chosen field.

Joel Abram, the Grand Chief of the Association of Iroquois and Allied Indians (AIAI), a group that represents seven Ontario First Nations, told CTV News Toronto on Tuesday that the news came as a shock.

“If Ontario is seeking reconciliation and a positive relationship with First Nations people, this is not a good move towards that,” Abram said on Tuesday. “It almost feels like you're saying we agree with Mike Harris' opinions on Indigenous people, which is we're not valued very much.”

Between 1995 and 2002, Harris was premier during some of the province’s most notorious scandals in recent history, including the shooting death of Indigenous protester Dudley George in 1995 and the Walkerton water crisis five years after.

In September 1995, provincial police moved in on unarmed protesters who were occupying the former Ipperwash Provincial Park due to a dispute over Indigenous land. The OPP presence grew in the area as the provincial government exerted pressure on police to act.

It was during the protests that police shot and killed the 38-year-old unarmed community member, Dudley George, on Sept. 6, 1995, which led to the formation of the Ipperwash Inquiry.

During the inquiry, former attorney-general Charles Harnick testified that he heard then-premier Harris say, during a meeting several hours before the death, that he wanted the “fucking Indians out of the park."

Harris denied he made the statement, but the inquiry’s final report concluded that Harnick's testimony was credible and the former premier did make the remarks.

In the final report, former justice Sidney Linden said that the racist comment at the meeting and the speed in which the former premier wanted to end the protests created “an atmosphere that unduly narrowed the scope of the government’s response” and closed off doors to a peaceful resolution.

“We think his legacy is more damaging than positive so we're kind of dumbstruck why he would be included in the order,” Abram said. “We feel it’s our duty to speak out on behalf of Indigenous people who had to live through the Mike Harris era.”

The AIAI issued a news release on Monday condemning the nomination and also highlighting Harris’ connection to the deaths of seven people during the E. coli outbreak that engulfed Walkerton in May, 2000.

An inquiry into the tragedy found the cost-cutting government of the former Tory premier contributed to the events by privatizing water testing and axing ministry of environment jobs.

“He is directly and indirectly responsible for many deaths and that alone should disqualify him from being recognized as anything, but one of the worst Premiers Ontario has ever had,” the news release stated.

“His appointment to the order needs to be taken back and cancelled or it will be obvious that racism and demagoguery is alive, well, and even celebrated.”

“It is a slap in the face to the Indigenous people in Ontario and a big neon sign saying that reconciliation is a farce.”

More than 37,000 people have signed an online petition to have Harris removed from the Order of Ontario’s nominee list. Harris, who is now chair of Chartwell Retirement Residences, has also received criticism for the company’s handling of the COVID-19 crisis.

CTV News Toronto has reached out to the Office of the Lieutenant Governor of Ontario, which is responsible for the award, but has not yet heard back.

People nominated for the Order of Ontario award are based on recommendations from the public and must include a summary explaining why the person is worthy of the award, as well as testimonials from two or more people.

The province says that an advisory council reviews the nominations and recommends candidates to the lieutenant governor. The advisory council includes the chief justice of Ontario, the speaker of the legislative assembly, the secretary of the cabinet and up to six additional members appointed to the council by Ontario Premier Doug Ford.

– With files from the Canadian Press