The Toronto Blue Jays announced on Tuesday that demolition is complete and construction on the first phase of a multi-year, $300 million renovation of the Rogers Centre has begun.

The Blue Jays shared video and images of the ongoing construction that show the removal of the thousands of 500 level seats, all of which will be replaced, and the structural demolition of the outfield.

The club said the demolition began in October and was completed last week, while new construction began in the second week of November with concrete poured in the 500 level along with new structural steel installation.

“The demolition was completed last week, culminating in 35 days of work and approximately 21,000 worker hours,” the Blue Jays said in a press release.

“An average of about 110 workers have been on site daily, six days per week, including about 50 workers dedicated to demolition.”

Phase one of the renovation is set to be completed for the Jays’ 2023 home opener. 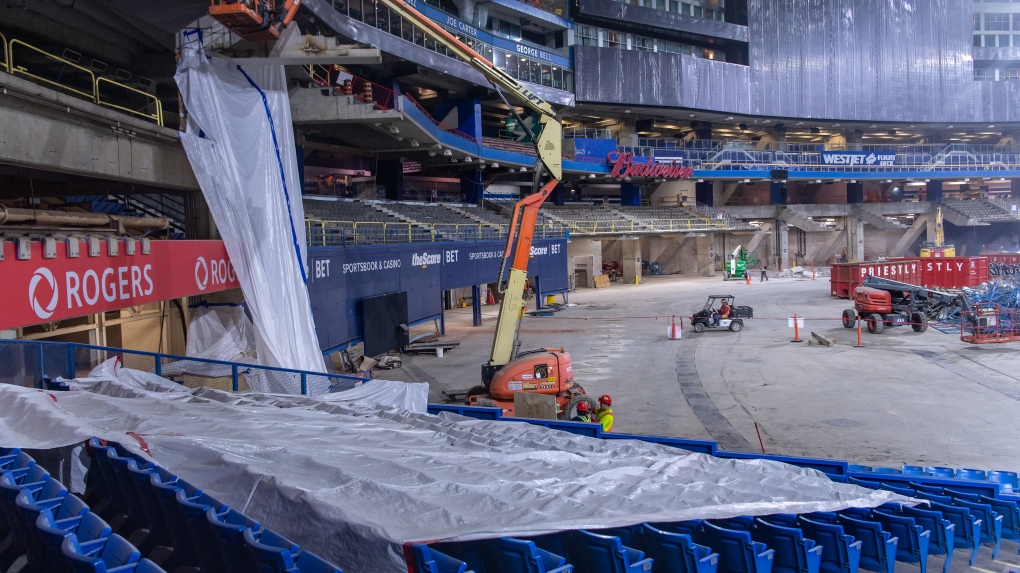 Phase one of a multi-year, $300 million renovation of the Rogers Centre. (Toronto Blue Jays)

In addition to replacing all 500 level seats, which hasn’t been done since the building opened, the 500 level will get two new social decks, similar to the existing WestJet Flight Deck, where fans can grab a drink and socialize with other fans regardless of where their seats are.

At the field level, there are plans in place to build a family room for the players' families, a 5,000-square-foot weight room, as well as staff locker rooms.

The biggest renovation in Rogers Centre HISTORY is underway! pic.twitter.com/r3TlzpSX9r

The second set of renovations will begin in the 2023-2024 offseason and include upgrades to the 100 level infield, field level premium clubs and social spaces, and clubhouses and player facilities.

The Rogers Centre opened in 1989 as the Sky Dome at a cost of roughly $570 million, or about $1 billion in today’s dollars, and was the first stadium ever built with a fully retractable motorized roof. 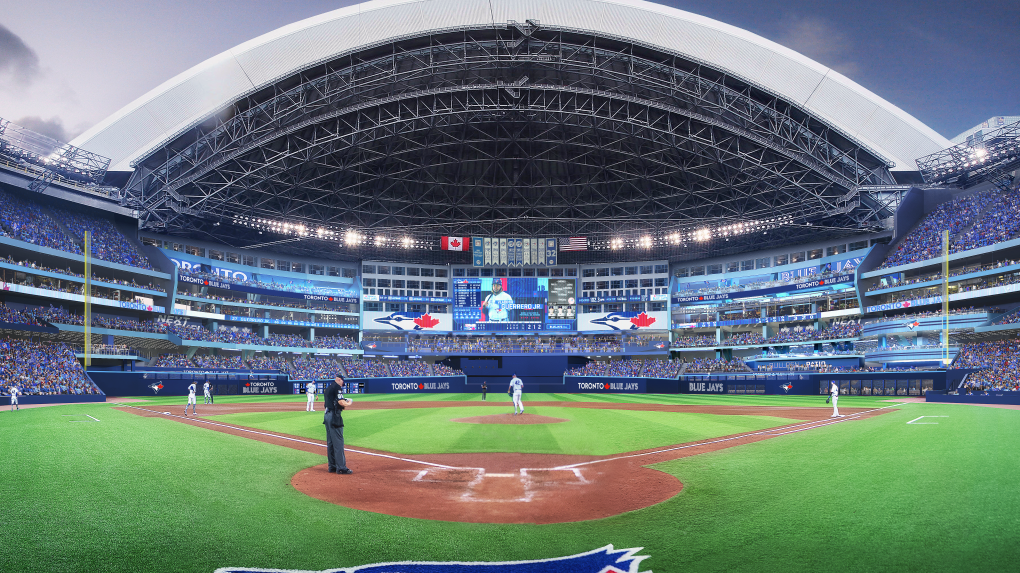 As previously reported by TSN, the club believes the renovations will extend the lifespan of the stadium by an additional 10 to 15 years.