A lasting tribute to honour mask-making volunteers in York Region

TORONTO -- It started as a call for help to make personal protective equipment (PPE) for health-care workers in York Region.

Shanta Sundarason and her friend Gabriela Conceicao recruited 120 sewing enthusiasts and 30 drivers to help the cause.

“We needed to do something to help our front-line workers because of the huge shortage of PPE items,” Sundarason told CTV News Toronto.

Over the past 100 days, the group has mass produced over 22,000 masks, scrub caps and headbands.

“Really, thank you isn’t enough, because people have worked day-in, day-out, they’ve given up so much of their time, they’ve spent so much money on the fabric and elastic.” 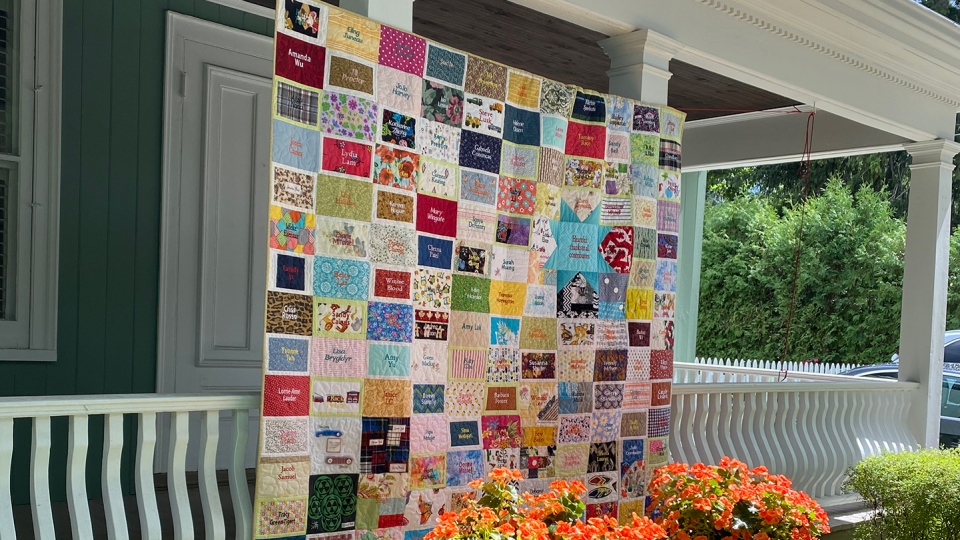 As a way to say thank you to the volunteers, Sundarason decided to produce a quilt embroidered with the names of the 150 volunteers who have spent tireless hours helping the cause.

“It would be a memory that we would be able to keep forever and it will be a tribute to all those that actually helped the front-line workers during this crazy time of 2020.” 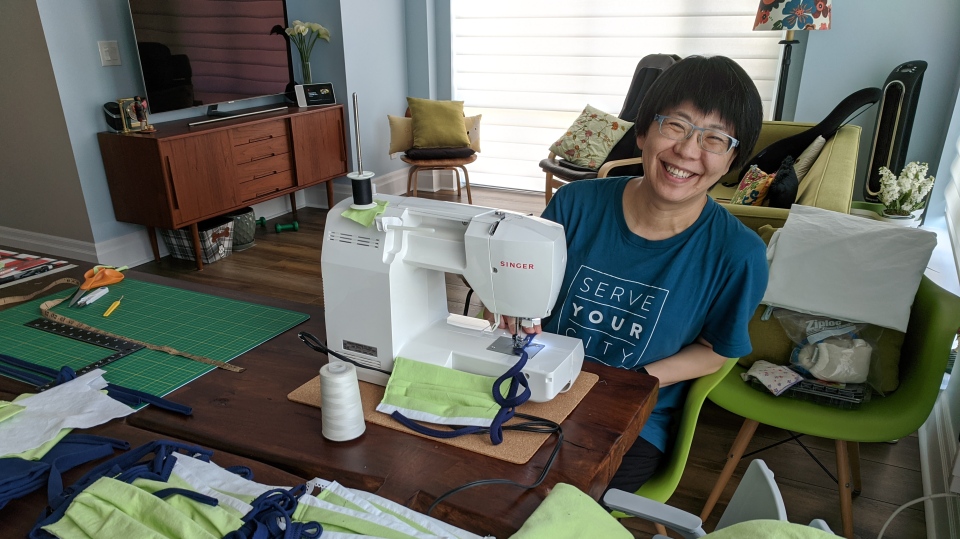 Coco Diep is a registered Nurse and volunteer. She donated fabric and helped deliver PPE to members of her hospital ward.

She says the volunteers deserve the recognition.

“As a health-care worker we appreciate so much, we feel like we are not being left alone.”

For now, the quilt hangs on the front porch at Sundarason’s home in Unionville, Ont., with plans to tour the piece to to seniors’ homes and hospitals across the Greater Toronto Area