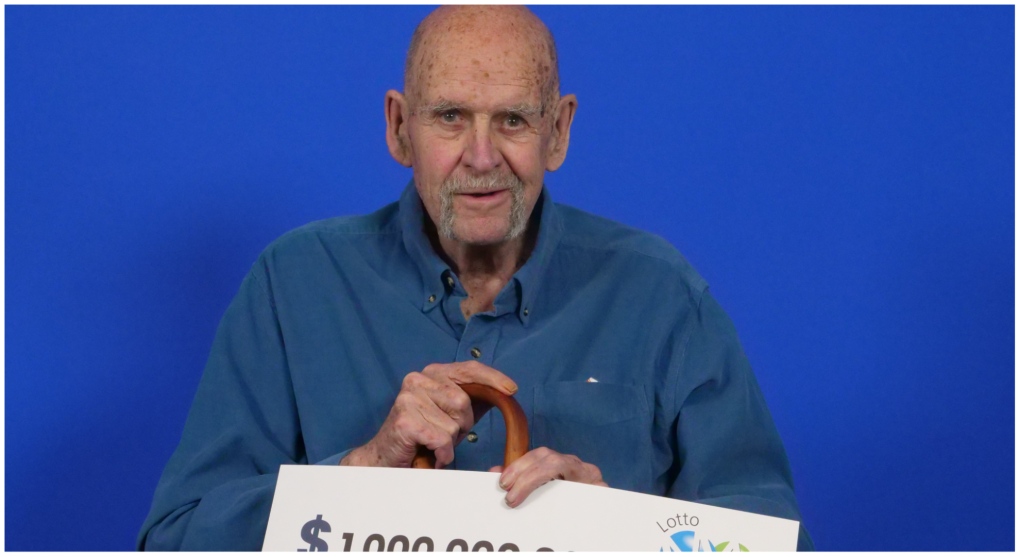 A 93-year-old Ontario man who just won a huge Lotto Max prize is sharing his plans on how he’ll spend the money.

“My son was checking my tickets for me, and he came into the living room and said, 'By the way, you just won a million bucks,’” Gibson said while picking up his cheque.

Gibson said he plans to share some of his winnings with his caregivers, pay down his mortgage and “take some time” before he makes any further decisions.

"It feels fantastic. I would dream about this moment every time I bought a ticket,” he said.

The winning ticket was purchased at Petro Canada on Yonge Street in Richmond Hill, the OLG said.

Ryan MacGregor said he had to scan his ticket more than four times before he believed he won the $1 million prize in the Sept. 30 draw.

He said this is his first major win and that he shared the news with his girlfriend first.

“It took her a few hours to process everything, but she was excited for me,” the Beamsville resident said. “I feel very blessed this happened to me. I am going to use this for a down payment on a house and save.”