TORONTO -- Police say one woman is dead and a second person was seriously injured following a collision on Highway 401, near Highway 400.

Police say the crash, which involved three vehicles and a transport truck, occurred in the eastbound lanes of the highway just past Highway 400 at around 5 a.m.

Paramedics say one person was taken to a trauma centre with serious injuries. A second victim, an adult female, was rushed to hospital in life-threatening condition. Police later confirmed that a 78-year-old Mississauga woman injured in the crash later died from her injuries. 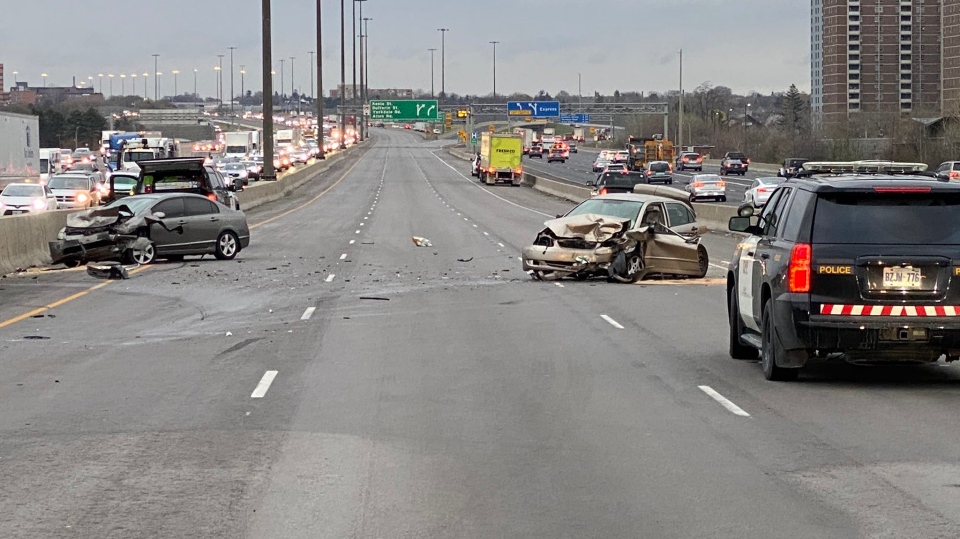 All eastbould express lanes of the highway are currently closed at Islington Avenue for the collision investigation. The highway is expected to be closed for several hours.