A seven-month-old baby is in “desperate” need of a liver transplant in Toronto, but with her parents incompatible and extended family far away in Bangladesh, all she can do is wait for her name to reach the top of the donor list or hope for a living match.

“We have been on the list for almost four months now and the doctor said it is completely uncertain. They say babies are a priority but they will not tell us how many are above us or what our position is. We don't have any idea of how long we will have to wait,” Aliza’s mother Preetha Haque told CTV News Toronto.

Ontario Health says wait times are based on a variety of factors, including blood type, the patient’s health, and organ type. Their data indicates 235 people of all ages in the province are waiting for a liver transplant.

Aliza’s medical team suggested trying to find a living donor, a healthy person who gives a piece of their liver to a patient in need, since it can speed up the search. The University Health Network has completed nearly 900 of these transplants since 2000.

But so far, the potential living donors who have come forward are not a match for Aliza’s O +/- blood type.

“Last week we heard from the hospital. There are no other applicants for Aliza, so we got more upset,” Aliza’s father Moniruzzaman Moni said.

Uncertainty has filled the hearts of Aliza’s parents since she was two months old. She was born with jaundice, a common yellow discoloration among newborns, but blood test results proved Aliza’s condition was far from common.

“The doctor called us back and said visit my office immediately and get prepared, you might need to go to the hospital,” Haque said as she wept, struggling to get words out.

They learned Aliza had Biliary Atresia, a rare liver disease that blocks the tubes that carry bile from the liver to the gallbladder, and she needed a transplant. 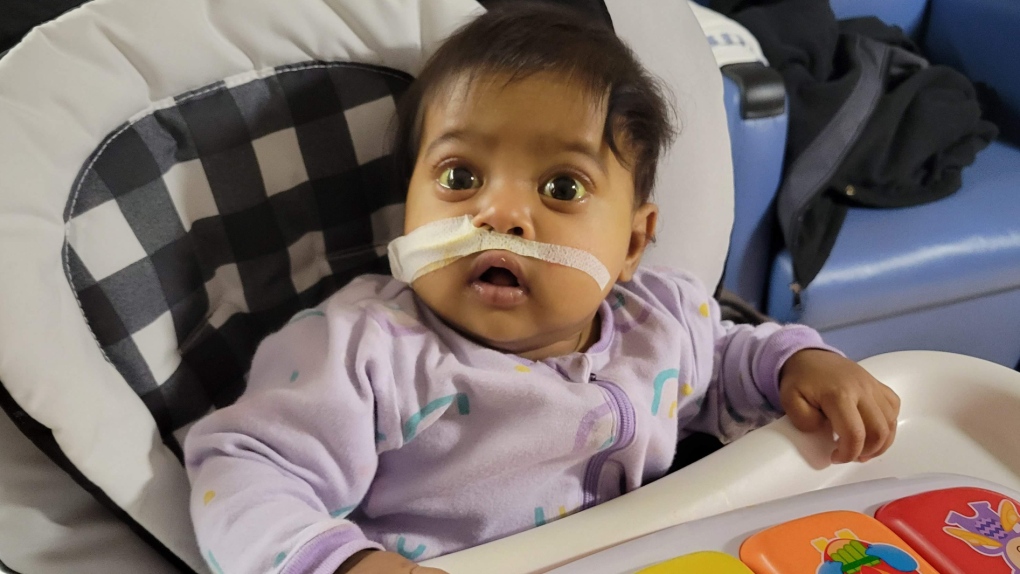 Aliza playing with a toy in her high chair. “We need to look for a donor from outside our family because we don't have any family here and we can’t bring a donor from Bangladesh because it's very expensive,” Haque said after her and Moni learned they were not compatible matches.

After they placed Aliza on the donor list, they returned home, but it wasn’t long before they were back at Toronto’s Hospital for Sick Children. Aliza could not digest food, but when they gave her a feeding tube, her liver was growing too big and supressing her stomach, causing vomiting and dehydration.

Since then, Aliza and Haque have been living at the hospital for more than two months while Moni takes care of their seven-year-old daughter at home. After recovering from contracting RSV, Aliza has reached a stable state with the assistance of daily nutritional IV fluids. 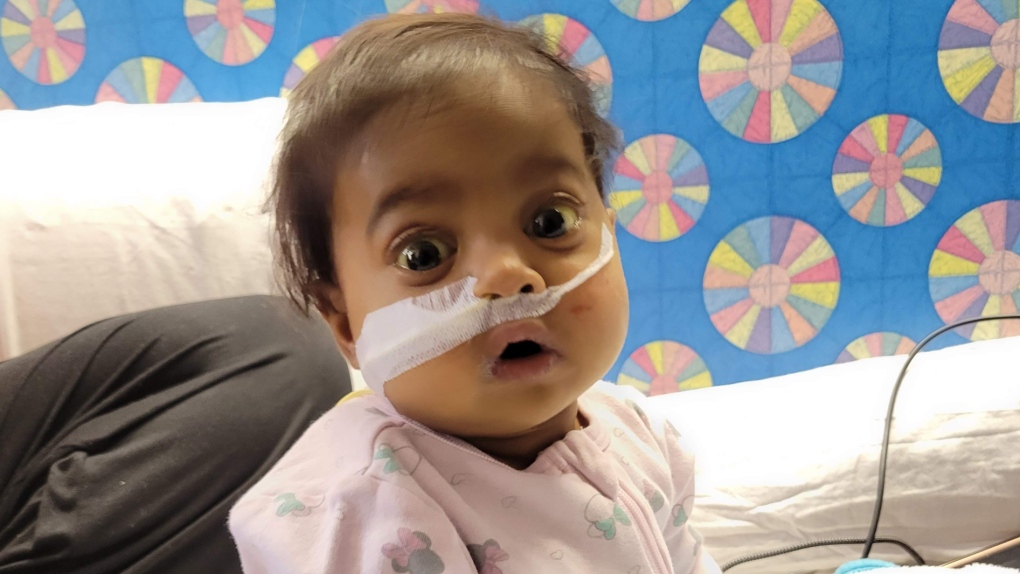 Aliza at the Hospital for Sick Children in Toronto. But time is proving critical. Haque said doctors have told her that Aliza needs the transplant before she reaches the age of two.

“She is almost one-year-old now and the doctor says that she doesn't have liver failure symptoms but if she has any the progress will be too fast to control,” Haque said.

“She is stable now, she grows well, she has enough weight and it’s the right age to support the transplant. This is the perfect time for her to get a transplant. Only if we can manage [finding] the liver.”