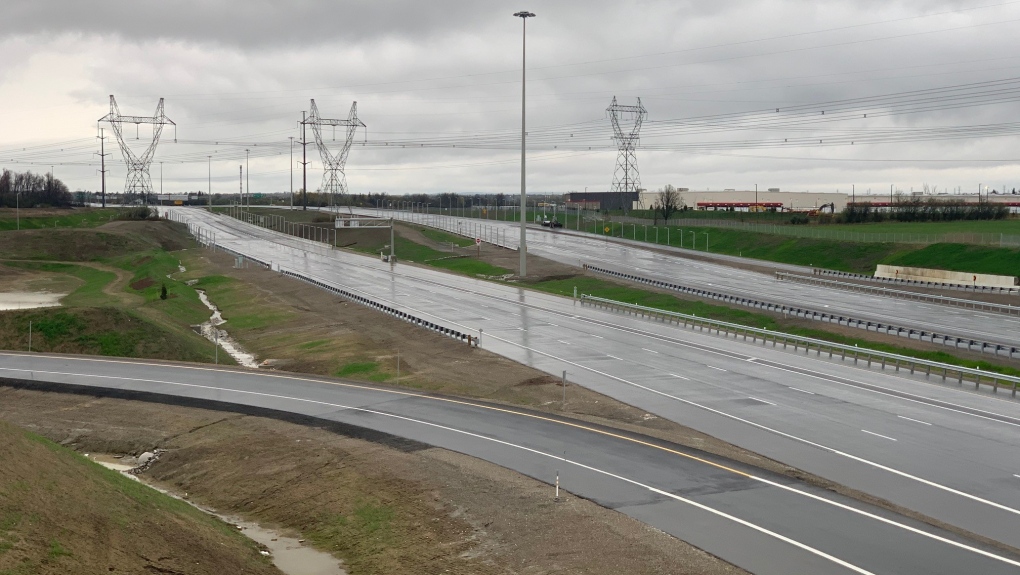 TORONTO -- The expansion of a high-traffic highway north of Toronto opened to the public on Saturday and could save commuters up to 25 minutes in travel time during peak periods.

Ontario’s Ministry of Transportation says the 10-kilometre expansion of Highway 427 from Finch Avenue to Major Mackenzie Drive will improve traffic flow and reduce congestion on the route.

“I am pleased to announce the new and widened sections of Highway 427 will be open to the public on September 18,” Minister of Transportation Caroline Mulroney said in a news release issued Thursday. “As part of our vision for the Greater Golden Horseshoe, our government is investing in highway infrastructure to address congestion and keep up with the growing needs of Ontarians.”

The $616 million project was commissioned in 2015 and shovels were in the ground from 2018 to 2021. The expansion sat vacant for a period of time after the consortium building the highway sued the provincial government for not getting paid fairly.

At least 6.6 kilometres of the extension includes eight new lanes from Highway 7 to Rutherford Road and six new lanes to Major Mackenzie, the government said. The expansion means that commuters can save up to 25 minutes in total travel time for a two-way trip during rush hour compared to existing parallel roadways.

A section of four kilometres on the expansion have been widened from Finch Avenue to Highway 7, which includes an upgraded interchange.

High Occupancy Vehicle (HOV) lanes will be featured in each direction of Highway 427 to further help improve traffic flow, the ministry said.