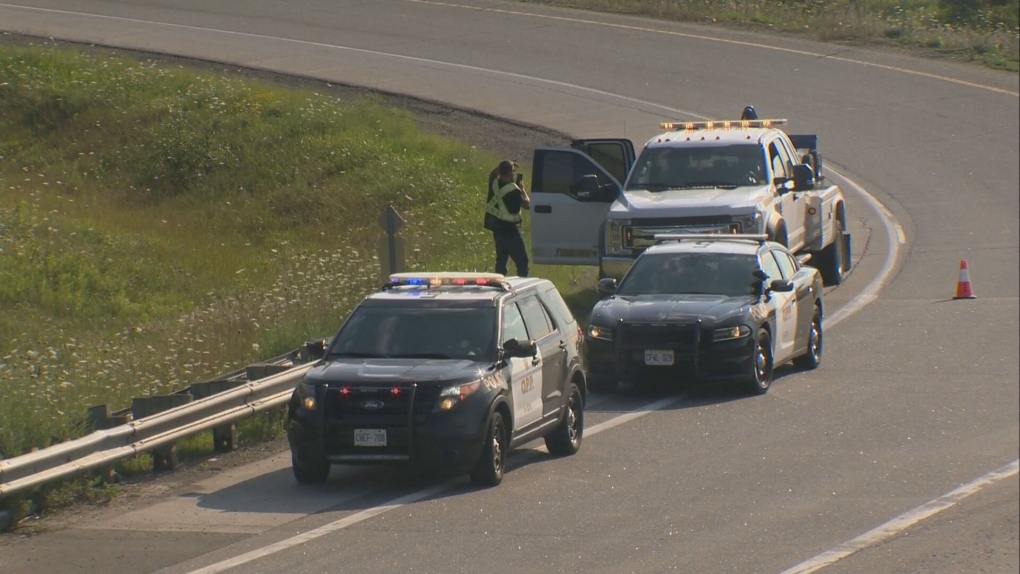 Provincial police are investigating a fatal collision on Highway 401 south of Guelph.

TORONTO -- An Oakville man is dead after a transport truck and a motorcycle collided on Highway 401 south of Guelph Thursday afternoon.

Emergency crews were called to the eastbound lanes of the highway near Highway 6 around 3 p.m. for reports of a crash.

Ontario Provincial Police Sgt. Kerry Schmidt said a motorcyclist was merging onto Highway 401 when it lost control and side-swiped a transport truck.

“The motorcycle got tangled up with the side of the trailer and ended up on the right shoulder of the highway underneath the bridge,” Schmidt said.

The motorcyclist, a 57-year-old man, was pronounced dead at the scene. The driver of the truck was not injured.

“The roads are dry. The sky is clear. The conditions are excellent. I don’t know why the motorcyclist lost control,” Schmidt said.

“Right now, we don’t know what was happening as far as what caused him to merge and drift into the path of that eastbound transport truck.”

Anyone with information is asked to contact Cambridge OPP.