Police executed 53 search warrants, and arrested 50 people during a series of pre-dawn raids in the Toronto area on Wednesday.

The warrants were part of Project RX and Project Battery, Acting Chief of Police Mark Saunders said at a news conference.

The Asian Assassinz gang is believed to be connected to an execution-style murder outside Yorkdale Shopping Centre in 2013. The Sic Thugs gang is alleged to have been responsible for a shooting at the Eaton Centre in 2012.

Saunders called the gangs "incredibly ruthless," with large criminal footprints that reach beyond the city limits.

The series of raids started at approximately 5 a.m. Wednesday.

Police told CTV Toronto that the investigation included officers from a large number of agencies, including Brantford, York Region, Peel, and Windsor police services, as well as the Ontario Provincial Police and RCMP. Saunders said the bulk of the warrants were executed in the City of Toronto, though some were outside of the city's jurisdiction.

In addition to the arrests, Wednesday's raids resulted in the seizure of approximately 10 firearms, a large amount of Canadian currency, cocaine, heroin and marijuana, as well as two cocaine presses, police said.

Saunders said both investigations have been in progress for over a year, and 30 people were arrested in the lead-up to Wednesday morning's raids.

Some of those arrested Wednesday will appear in court later in the day. Toronto Police have scheduled a second news conference on Thursday. 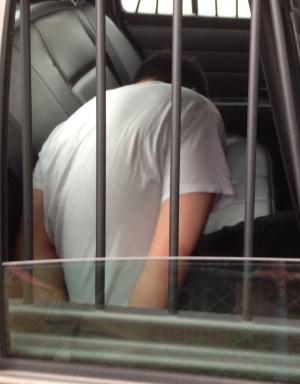