Just after midnight, police responded to a collision at Mineola Road and Hurontario Street, south of the QEW.

A 19-year-old man was treated at the scene by emergency personnel, but he succumbed to his injuries, police said.

The victim’s identity has not yet been released.

Police said one of the drivers attempted to flee the scene but was later arrested by officers.

“We have one adult male that has been taken into custody. He and another adult female that was in his vehicle were taken to a local hospital and they have non-life-threatening injuries,” Peel Regional Police Const. Heather Cannon told CP24 Saturday morning.

In a news release on Saturday night, police said Orangeville resident Peter Simms has been charged with operation while impaired causing death, dangerous operation causing death, and failure to stop after an accident resulting in death.

“Making the choice to drive while impaired is inexcusable. Peel Regional Police will be relentless in our efforts to take impaired drivers off our roads. Our hearts go out to this young victim and his family.” said Deputy Chief Marc Andrews.

Police said Simms has two previous convictions for impaired driving. He appeared in a Brampton court on Saturday. 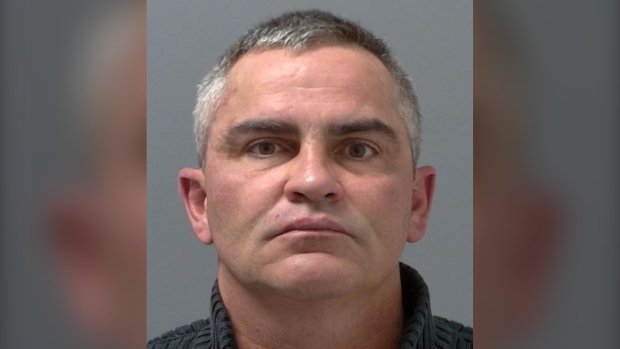 Two other individuals were involved in the crash but sustained minor injuries.

“We had another vehicle involved with two people in it. They were treated on scene, very minor injuries, [they] were not transported to hospital,” Cannon said.

A resident who lives near the crash scene told CP24 that racing is a frequent concern in the neighbourhood.

“There’s racing that happens here four or five times a week around 11 o’clock, closer to midnight, and I can only imagine that that’s what this is. It’s terrible that somebody finally died from this, but I’m telling you this happens almost every night,” the resident, who only wanted to be identified as Paul, said.

The area is closed as police continue to investigate.

Investigators are asking anyone with dash cam video or any information to contact police.