Early Saturday morning, police received a call about reports of a shooting in an apartment building at 2591 Eglinton Avenue West, near Keele Street, just before 2:30 a.m.

When police arrived at the scene, they found a man suffering from a gunshot wound.

Officers provided life-saving measures but the man was pronounced deceased at the scene, police said. 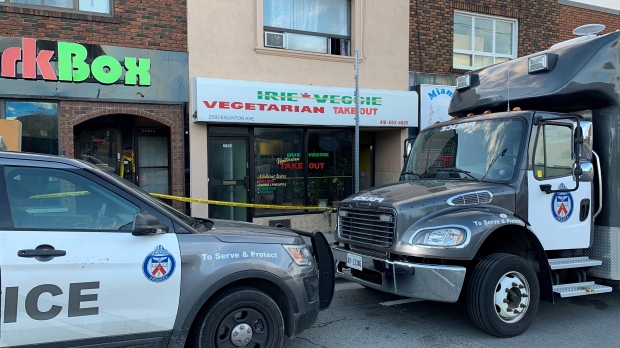 The victim has not been identified.

Homicide detectives have taken over the investigation.

SHOOTING/HOMICIDE:
Keele St + Eglinton Av W
2:20am
- police responded to reports a man had been shot @TPS12Div
- officers located a man suffering from a gunshot wound in a laneway
- life saving measures were performed
- man pronounced deceased on scene#GO2037136
^lb