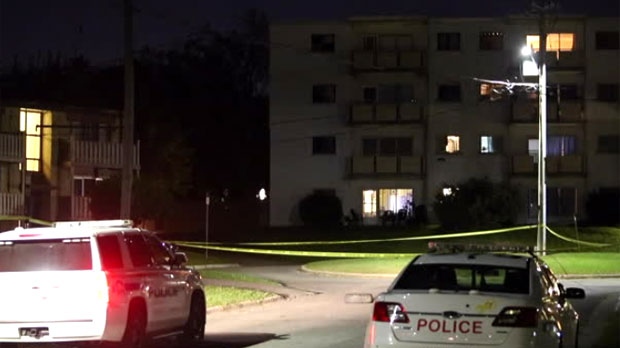 Durham Regional Police are investigating after three people were shot in Oshawa on Saturday night.

Three people suffered non-life-threatening injuries after a shooting in Oshawa on Saturday night.

Officers were called to an apartment building for reports of a disturbance involving several people around 9 p.m. Police said multiple gunshots were fired in the vicinity of one apartment unit inside the building.

Upon arrival at the scene, a 54-year-old woman and a 23-year-old man were located by police both suffering from gunshot wounds.

Both victims were taken to local hospital before being transferred to a trauma centre to be treated for their injuries.

As well, a third victim, a 22-year-old man, was taken to local hospital by a friend to be treated for his non-life-threatening injuries.

One suspect was arrested on Gladstone Street at around 9:30 p.m. on the night of the shooting. Police said they are continuing to search for more suspect but did not specify exactly how many.

The area has been blocked to accommodate a police investigation.