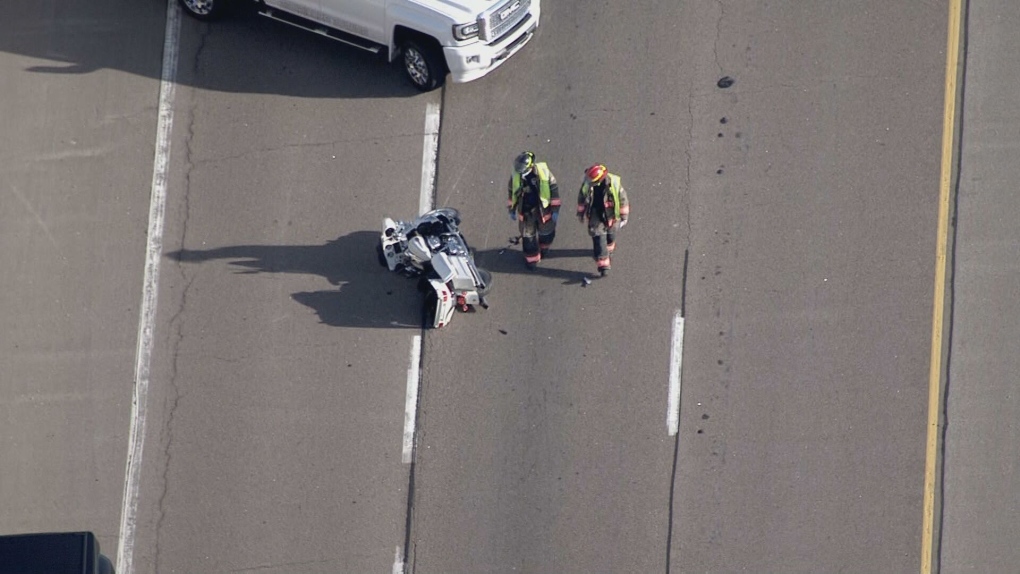 A motorcycle is seen on Highway 427 near Eglinton Avenue after a crash on April 9, 2021. (CTV News Toronto)

TORONTO -- A 29-year-old man has been rushed to hospital with life-threatening injuries after a crash involving a motorcycle on Highway 427, police say.

Authorities were called to the northbound lanes of the highway near Eglinton Avenue after the crash on Friday evening.

The man was taken to a trauma centre with life-threatening injuries, paramedics said.

Police said the driver lost control for an "unknown reason" and that further investigations are now underway.