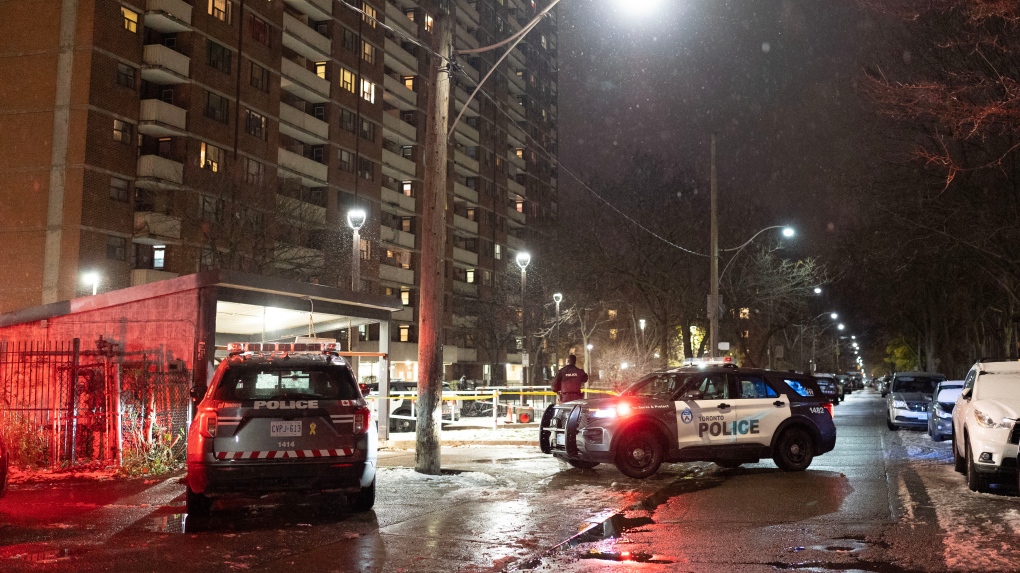 Police cars block the entrance to a high-rise building on Dunn Ave after 4 people were shot, in Toronto, Tuesday, Nov. 15, 2022. Police say one person is dead and three others have been injured after shots rang out in an apartment building on Dunn Ave near Queen St West. THE CANADIAN PRESS/Arlyn McAdorey

Toronto police have arrested a suspect in connection with last month’s quadruple shooting in Parkdale that left a man dead.

On Nov. 15, police officers responded to a report of a shooting at an apartment building on Dunn Avenue near Queen Street West. They arrived to learn that four people had been shot.

Officers located 23-year-old Abel Gime inside a unit with life-threatening injuries. Despite life-saving measures, police said Gime was pronounced dead at the scene. 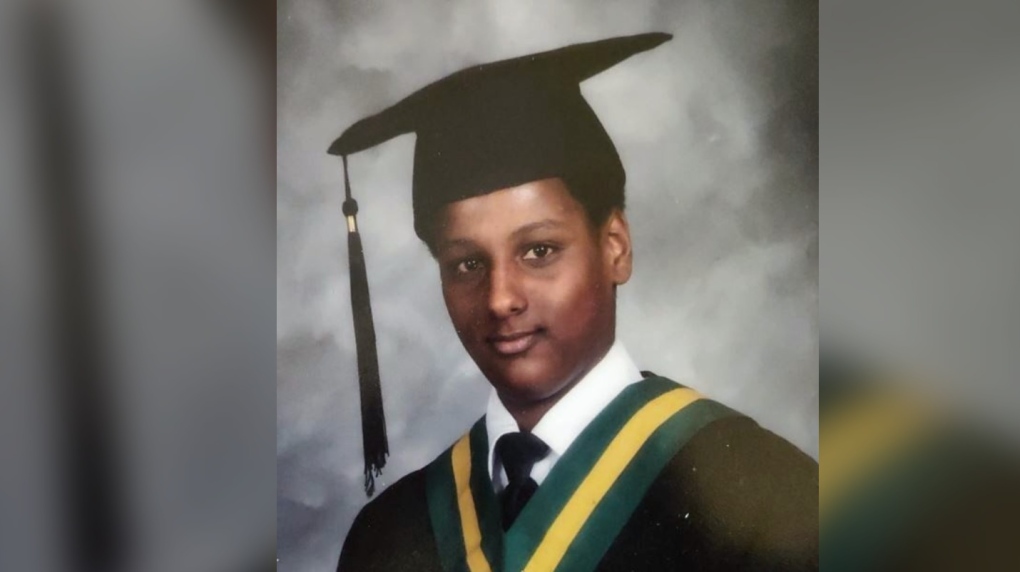 Abel Gime, 23, of Toronto, was fatally shot during a quadruple shooting in Parkdale on Nov. 15. He is the city's 63rd murder victim of the year.

A second victim, a 19-year-old man, was found in the lobby of the building, also with life-threatening injuries, police said. He was taken to hospital, where his condition stabilized.

On Wednesday, police announced that a suspect, identified as 27-year-old Oshane Mitchell of Toronto, had been arrested. He has been charged with second-degree murder and three counts of attempted murder.

The federal government posted a budgetary deficit of $3.6 billion in the first eight months of the fiscal year.

What looks like a giant teddy bear’s face peering into space from the surface of Mars is actually a satellite image of some craters and a circular fracture, scientists say.

The Supreme Court of Canada has ruled that a mandatory minimum sentence of four years for firing a gun at a house is unconstitutional.

Conservative Leader Pierre Poilievre doubled down on his belief that "everything feels broken" Friday, as he laced into Prime Minister Justin Trudeau for suggesting otherwise.

Thousands of Maritimers still without power after Thursday storm

Thursday’s wet and windy storm has knocked out power to thousands of people in the Maritimes, most of which are in Nova Scotia.

Freedom rally supporters are expected to congregate near the southern Alberta border town of Coutts on Saturday and RCMP officials say motorists in the area should expect to face highway delays.

WHO emergency declaration call based on virus spread and variants, Dr. Bogoch explains

The World Health Organization (WHO) is set to decide Friday, whether the COVID-19 pandemic still qualifies for an international emergency declaration title— a decision that will involve factoring in how the virus and its variants are impacting countries around the world, says an infectious disease expert.