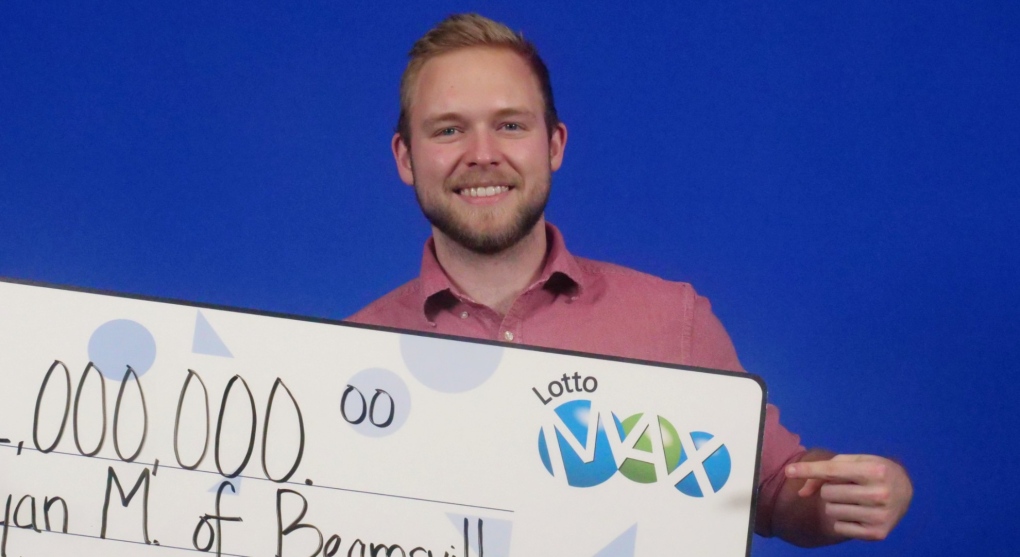 A young Ontario man who just won a huge Lotto Max prize said he was in "complete disbelief" when he found out about the win.

Ryan MacGregor said he had to scan his ticket more than four times before he believed he won the $1 million prize in the Sept. 30 draw.

The 26-year-old, who works in sales, said this is his first major win and that he shared the news with his girlfriend first.

“It took her a few hours to process everything, but she was excited for me,” the Beamsville resident said. “I feel very blessed this happened to me. I am going to use this for a down payment on a house and save.”

The winning ticket was purchased at Pioneer Snack Express on Main Street in Grimsby, the OLG said.

Last weekend, someone in Alberta won the $70-million jackpot. The jackpot came after a record-breaking 21 draws without a winning ticket being sold.

The winner of the ticket, which was purchased in Calgary, has not yet come forward to claim the prize.

Before and after: How Toronto's MARZ uses AI to make motion picture magic

While much of internet is still buzzing about the wonders of ChatGPT, a Toronto-based technology and visual effects company is making its own splash in Hollywood using artificial intelligence.

LIVE @ 9 ET | Biden says in State of Union that US is 'unbowed, unbroken'

U.S. President Joe Biden is using his State of the Union address Tuesday night to call on Republicans to work with him to 'finish the job' of rebuilding the economy and uniting the nation as he seeks to overcome pessimism in the country and navigate political divisions in Washington.