TORONTO -- Twenty people are facing rafts of charges each and more than $61 million worth of cocaine, crystal meth and marijuana was seized in what Toronto police are calling the largest drug seizure in the service’s history.

“Project Brisa” allegedly found a group of smugglers using trap door compartments in tractor-trailers to move up to 100 kilograms of drugs at a time from Mexico and California to several cities in Ontario. 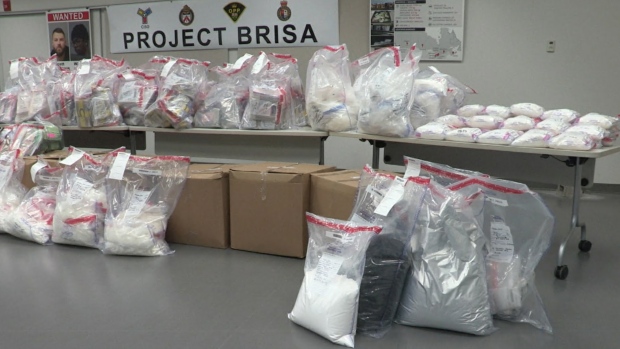 “They were sophisticated to the point that X-ray (scanning) was not able to penetrate those traps,” he told reporters on Tuesday.

Investigators allege the traps were built and installed by a 43-year-old British Columbia man who is one of those charged as part of the probe. 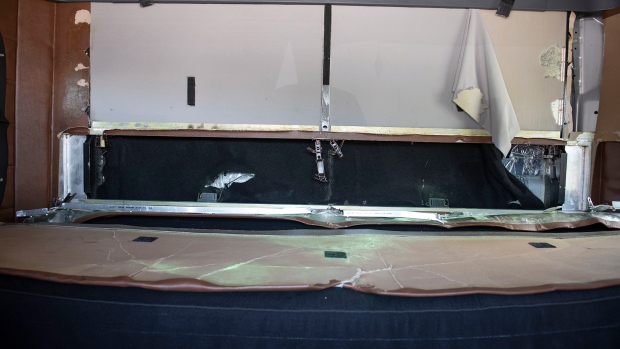 They also found $966,000 in cash and seized five tractor-trailers and several other vehicles including a Mercedes G-Wagon. 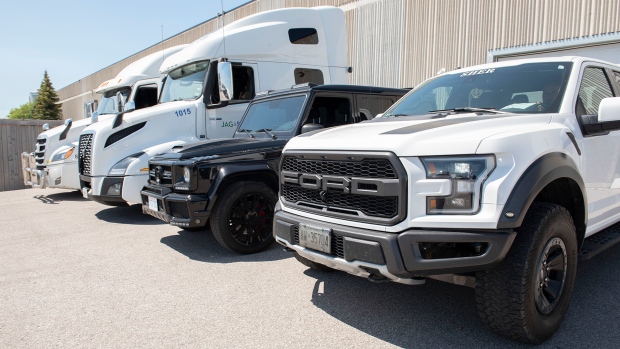 Watts said the vehicles and cash will be taken by the Ontario government through civil forfeiture proceedings, while the drugs will be destroyed.

Asked about the significant amount of marijuana located in the bust, Watts said there is still a profitable underground market open in Canada despite legalization.

“Until you provide a price point that is significantly lower, the illicit market does exist, and that’s a reality.”

Acting Toronto Police Chief Jim Ramer said the bust would significantly impact the supply of illicit drugs in the GTA.

“The social cost that this amount of drugs inflicts on society is immeasurable.”

He commended all investigators involved in the operation, which began in Nov. 2020.

“It was strategic, it was intelligence-led and it was focused on preventing community harm and preserving community wellbeing.”

Several of the tractor trailers and other vehicles were modified with hydraulic-powered trap door compartments to move drugs.

Twenty people are now in custody, and two others are still on the lam.

The majority of those charged reside in Kitchener, Toronto and the GTA.

They are facing a combined total of 182 criminal code charges. 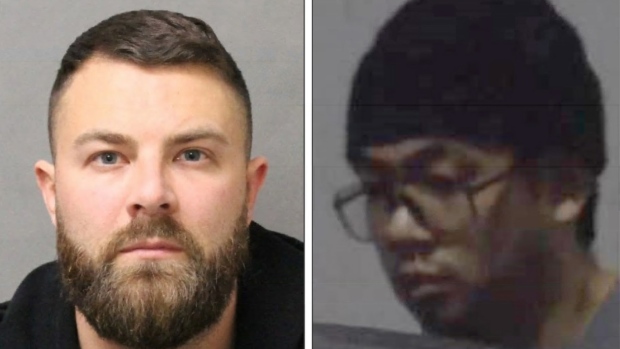 The two suspects still outstanding were identified as Scott McManus, 38 and William Nhan, 23, both of Toronto.

Anyone with information about either suspect is asked to call investigators.

Toronto police say numerous other police services including the RCMP, OPP, York Regional Police, Montreal police and a number of provincial and federal agencies assisted them in the investigation.