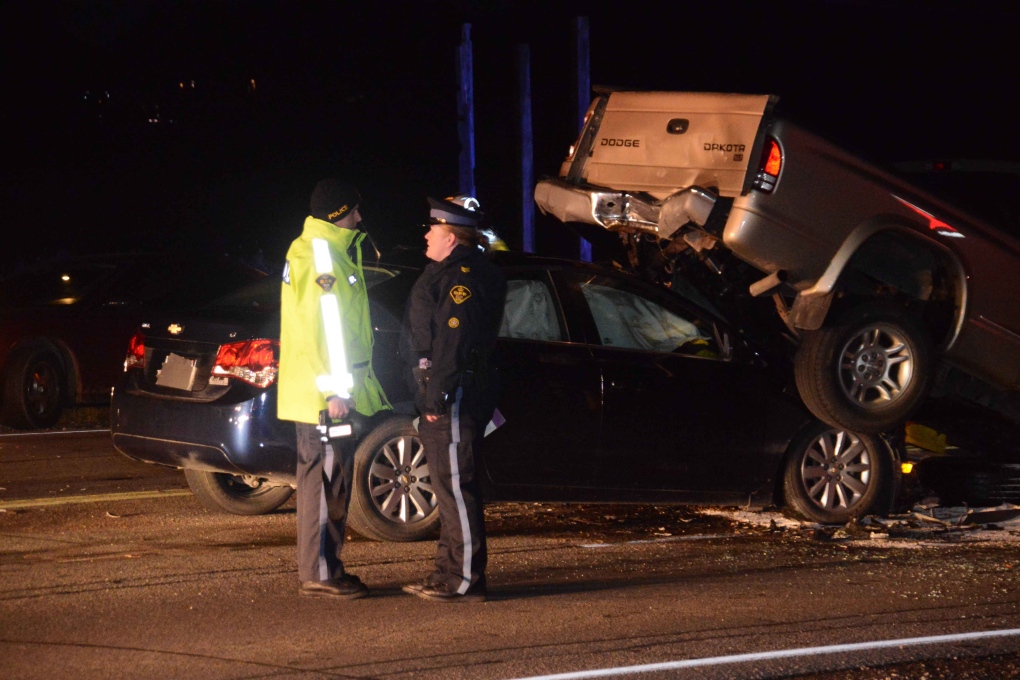 The scene of a fatal, three-vehicle crash in Hamilton is pictured Saturday November 2, 2013. (Andrew Collins/CP24)

A male and a female are dead and three other people have been taken to hospital following a head-on collision in Hamilton Saturday evening, OPP say.

It happened around 7 p.m. on Highway 6 near Chippewa Road.

Police say a Honda was travelling north on Highway 6 when for unknown reasons, it swerved into the southbound lanes of the highway. The vehicle collided head-on with a southbound pickup truck. A southbound Chevy then rear-ended the pickup truck, coming to rest underneath the truck’s back end.

A male and female in the Honda were declared dead at the scene, while a male and a female from the pickup truck were transported to hospital with serious injuries.

A female from the Chevy was also taken to hospital with non-life-threatening injuries.

The two people killed in the crash have not yet been identified.

The ages of the people involved in the crash were not immediately available.

Police are investigating the collision.