Toronto police are investigating the city's ninth homicide of the year, a 19-year-old who was shot to death in the parking lot of a North York fast food restaurant.

On Saturday, at around 12:40 a.m., Toronto police responded to a shooting at a McDonald's parking lot on Ingram Drive at Keele Street.

A man was found in a car suffering from multiple gunshot wounds, police said.

Officers commenced life-saving measures but the man succumbed to his injuries and was pronounced dead at the scene, according to police.

The man has been identified as Malachi Elijah Bainbridge, 19, of Toronto.

Police said two men were seen fleeing the area in a dark sedan. 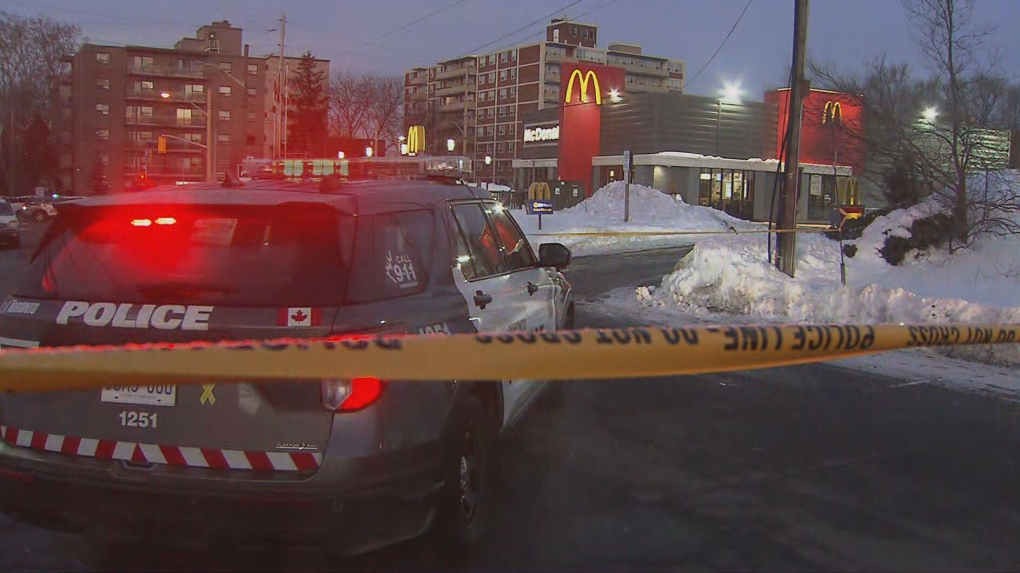 A man is dead following a shooting in a parking lot in North York overnight.

"Investigators are seeking assistance from anyone who may have information or dash cam video and was travelling on Keele Street between Ingram Drive and Highway 401 that evening," police said in a press release on Saturday.

Suspect descriptions have not been released.

Canada's Public Safety Minister Marco Mendicino insists the once unknown fate of Michael Spavor and Michael Kovrig was not why the government delayed its decision to ban Huawei technologies from Canada's 5G network.

Communities have been left reeling after a severe thunderstorm ripped through much of southern Ontario, leaving six people dead and tens of thousands without power.

Tens of thousands without power after severe storm hits Ottawa

Ahead of his one-year anniversary on the Supreme Court of Canada this July, Mahmud Jamal spoke with CTV National News National Affairs Correspondent Omar Sachedina to reflect on his past year on the bench.

Russia pressed its offensive in Ukraine's eastern Donbas region Sunday as Poland's president traveled to Kyiv to support the country's Western aspirations and became the first foreign leader to address the Ukrainian parliament since the start of the war.

Australians awoke on Sunday to a new prime minister in Anthony Albanese, the centre-left Labor Party leader whose ascension to the nation's top job from being raised in social housing by a single mother on a disability pension was said to reflect the country's changed fabric.