Police have identified an 18-year-old Brampton teen shot to death during a car-to-car shootout that turned into a police pursuit along Highway 410 earlier this week.

Investigators say that one car fired at another heading north on the 410 between Bovaird Drive and Sandalwood Parkway at around 2:30 a.m. on Monday. 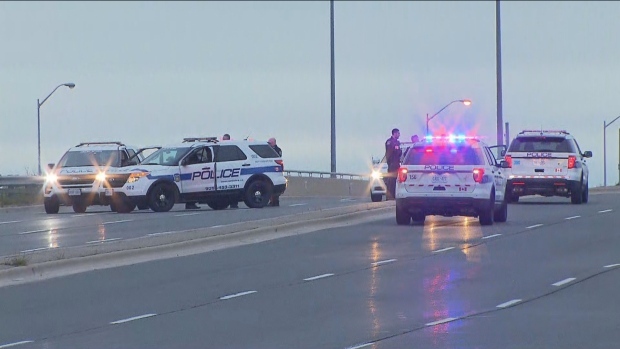 Police originally said they got to the scene to find two males suffering from gunshot wounds inside a stopped vehicle, and then boxed in a nearby Audi that they believed was involved.

The Special Investigation Unit says that the Audi then reversed, prompting a Peel Regional Police officer to fire multiple shots at it in an unsuccessful attempt at halting its progress.

The vehicle was later found abandoned and riddled with bullet holes on Checkerberry Crescent, which is just east of Highway 410. 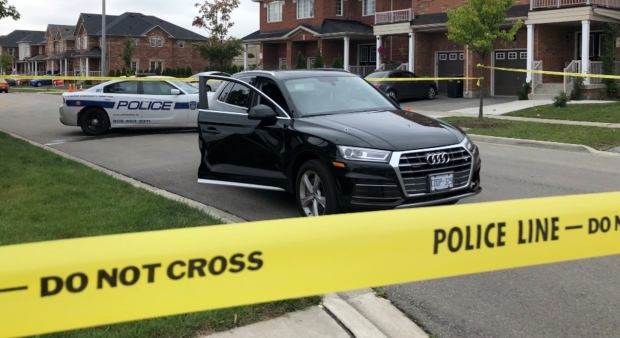 A black Audi SUV is seen on a residential street in Mississauga on Sept. 16, 2019. (CTV News Toronto)

One of the males found inside the vehicle was taken to hospital with serious but non-life-threatening injuries.

A second occupant of the vehicle was pronounced dead at the scene.

The suspects in the homicide were able to then steal a 2019 Honda Pilot SUV a short distance away and fled the area.

There are unconfirmed reports that the driver of the SUV was operating as an Uber at the time the vehicle was taken.

It has the Ontario license plate CJRP 993. 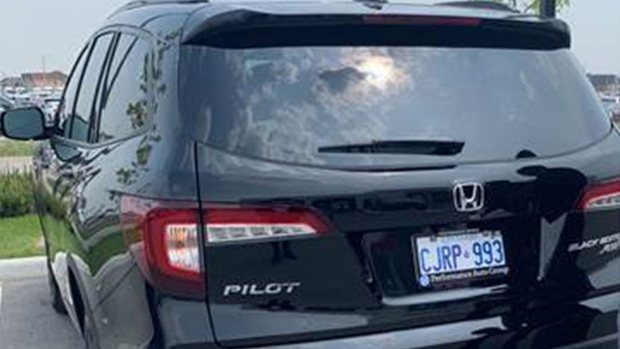 “There were multiple crime scenes and the investigation is continuing,” police said Thursday.