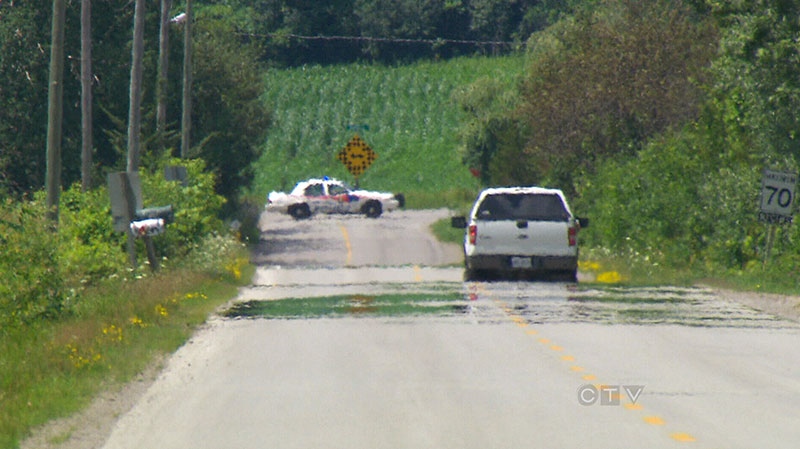 York Regional Police are investigating after a 19-year-old cyclist died following a hit-and-run at Pollock and Kennedy roads in Georgina around 3 a.m. Sunday, July 14. 2013.

Police have charged an 18-year-old man in the hit-and-run crash that killed a 19-year-old cyclist Sunday morning.

The man hails from the Town of East Gwillimbury. He was charged without incident and the vehicle suspected to be involved in the crash has been located.

Police believe the 19-year-old cyclist was struck while riding eastbound along Pollock Road, likely in the middle of the lane. He had left a friend's house at about 3 a.m. and was found near the intersection of Pollock and Kennedy roads shortly before 4 a.m.

York Regional police Sgt. Clint Whitney said the suspect walked into a station and surrendered to police Monday morning. Police have not released any details about the suspect, but said the individual was arrested without incident.

According to the victim's younger brother, he was familiar with the area and had been cycling along that stretch of road since he was in Grade 9.

An investigation into the crash is still ongoing.

The victim's name has not been released.

Christian De Freitas, 18, has been charged with failure to stop at the scene of an accident causing death. De Freitas was released on the promise that he appear in a Newmarket court Aug. 22.