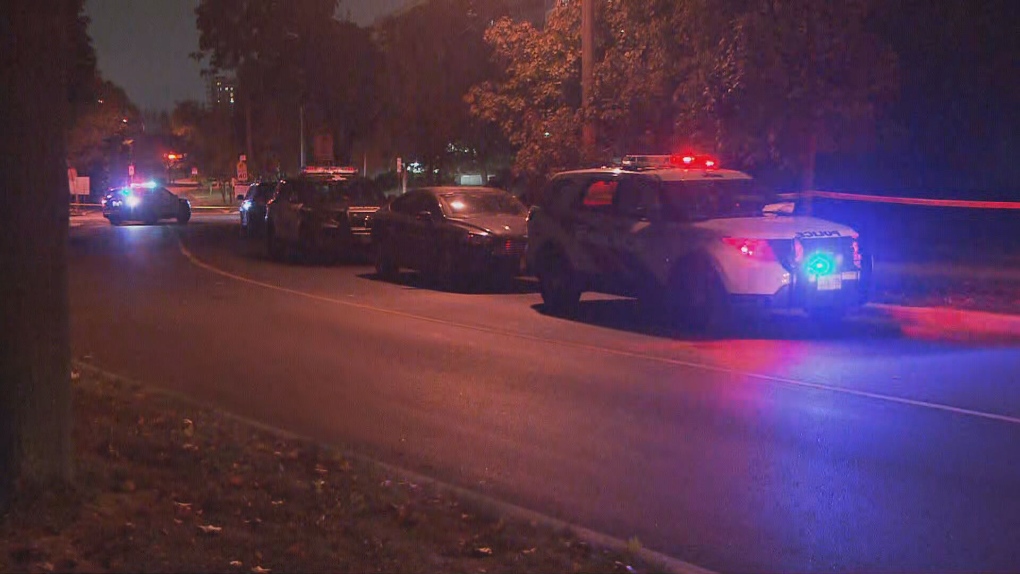 TORONTO -- A 17-year-old boy has been charged in connection with a fatal shooting that took place in North York a few months ago.

Emergency crews were called to the area of Gosford Boulevard and Shoreham Drive, west of Jane Street, shortly after 8:30 p.m. on Sept. 24.

Two male victims were found at the scene. One, a man in his late 50s, was discovered without vital signs and was later pronounced dead at the scene.

The other victim, a man in his 20s, sustained serious injuries and was rushed to the hospital for treatment.

At the time, investigators said that four male suspects arrived in the area in a dark-coloured sedan and exited the vehicle, walking through a breezeway next to a residence.

Police said that investigators found a number of shell casings from at least two different firearms.

On Monday, investigators said that a 17-year-old from Toronto had been taken into custody in connection with the incident.

The suspect, who cannot be identified under the Youth Criminal Justice Act, has been charged with second-degree murder and attempted murder.

Police say the investigation is ongoing and anyone with information is being urged to contact officers at 416-808-7400 or to reach out to Crime Stoppers anonymously.