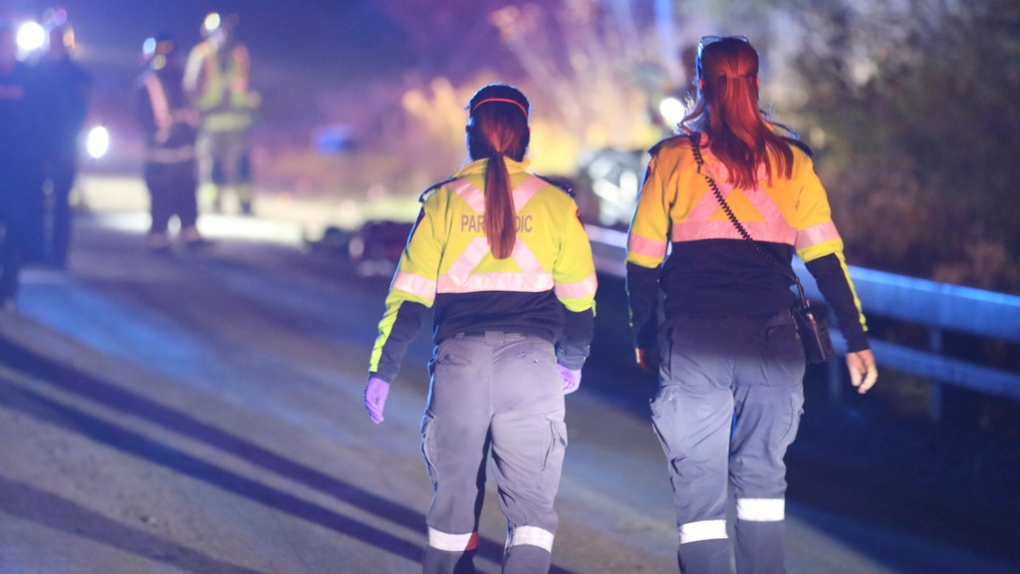 Durham police said the crash occurred around 12:40 a.m. on Sunday on Side Road 18, between Highway 7 and Concession Road 10. (Twitter / @ColinWxchaser)

TORONTO -- A 15-year-old boy is dead and six other teens have been airlifted to Toronto trauma centres after a pickup truck lost control and flipped in Brock Township, Ont.

According to police, a grey 2006 Chevrolet Sierra pickup truck was southbound on Sideline Road 18 when it lost control, left the roadway and rolled into a ditch.

Police said the remaining three occupants, all ages 15 to 17, were transported to local hospitals and later air-lifted to Toronto based trauma centres.

A 15-year-old Sunderland teen was fatally injured after a pickup truck he was riding in lost control and left the roadway on Sideline Road 18 near Brock Concession Road 9 in the Township of Brock.

Two are currently listed in critical condition, the other four are now listed in serious but stable condition, police said.

The car was being driven by a 16-year-old from Sunderland, police say.

The road was closed for several hours while police investigated.

The cause of the crash has not been released.