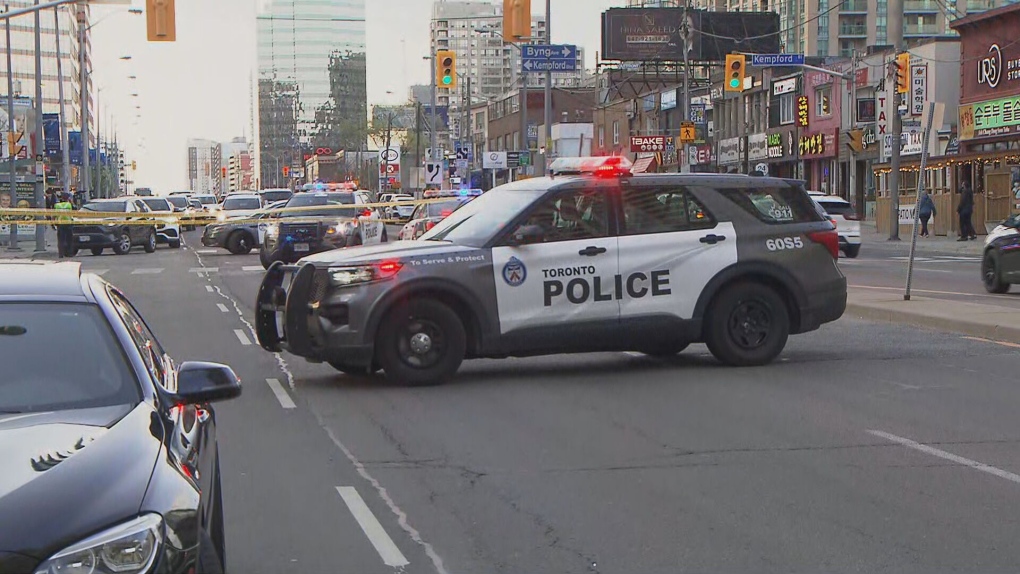 Police are investigating a collision in North York that sent a 14-year-old boy to hospital.

TORONTO -- A 14-year-old boy has been seriously injured after being struck by a vehicle in North York Friday evening.

Duty Insp. Michael Williams said the boy was riding his bicycle when he was hit by a southbound black BMW and thrown approximately 20 feet.

When officers arrived, they found the boy conscious and breathing. He was rushed to hospital with serious but non-life-threatening injuries.

"They're looking for anyone that has any video or any witnesses that can help us put together exactly what happens. We are trying to determine the status of the lights in the intersection while both the child on the bike and the vehicle were passing through."

Anyone with information is asked to Traffic Services, 32 Division or Crime Stoppers.