1 dead, 5 others injured after serious crash in Scarborough 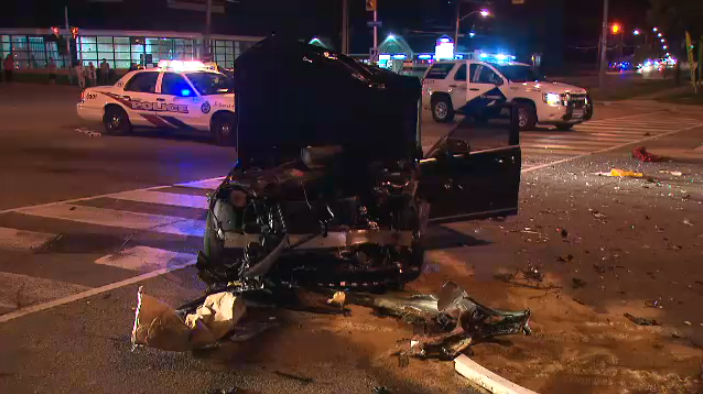 This photo shows a vehicle after a serious crash in the intersection of Midland Avenue and Kennedy Road on Sept. 20.

One person is dead and five others are injured after multiple vehicles collided in Scarborough on Sunday night.

Emergency crews were called to the intersection of Midland Avenue and Ellesmere Road at approximately 8 p.m.

One person was pronounced dead, another was transported to a trauma centre in life-threatening condition, and a third is in critical condition, paramedics say.

Three other people were transported to local hospital with minor injuries. 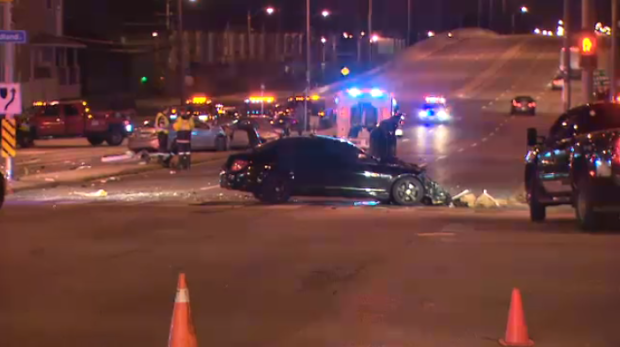 Roads in the area are currently shut down while police investigate. Midland Avenue is closed at Midwest Road and southbound Midland will be closed at Progress Avenue. Ellesmere Road is also closed between Kennedy Road and Midland Road.

TTC is also diverting in the area.

There is no word on what caused the crash.