TORONTO -- A 28-year-old man is dead, and three other men are in hospital after a shooting in Etobicoke Sunday afternoon.

Toronto police were called to an apartment complex in the area of Willowridge Road and Eglinton Avenue West, west of Martin Grove Road, just before 2:30 p.m. for reports of shots fired.

Insp. Michael Williams said unknown individuals driving a dark sedan entered the complex's roundabout, approached two vehicles -- a Toyota Camry and a Mercedes Benz -- parked in front of 22 Willowridge Road, and opened fire at the occupants inside those vehicles.

He said approximately 100 shots were fired. The suspect/s then fled the area in an unknown direction.

"From the sounds of things, it was very confusing even for anybody that would have seen what took place as vehicles and people running in all directions, quite chaotic," Williams said. 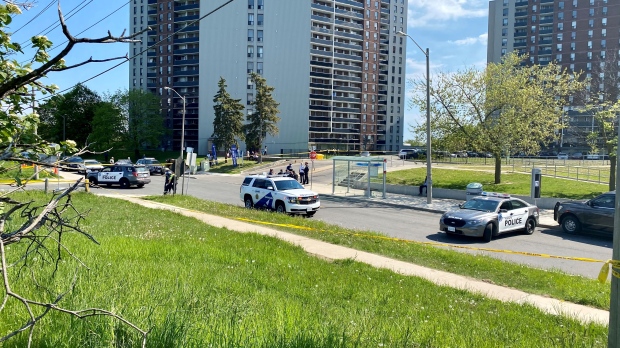 When officers arrived, they located one of the victims in the roundabout near the Mercedes while two others were found collapsed down the street near Richgrove Drive.

Williams said they found a total of four male victims in their late 20s and early 30s suffering from gunshot wounds. Police initially said there were five victims.

All four were transported to the hospital. Williams said one of the victims was later pronounced dead.

The homicide unit is taking over the investigation.

When asked if the incident was targeted, Williams said it is too early in the investigation to determine that, but homicide detectives will look into it.

"It doesn't appear to be random. But again, we can't jump to any kind of conclusions at this point," he said.

"Things that we're open to and looking at is how many shooters were involved. Was there an exchange of gunfire?" 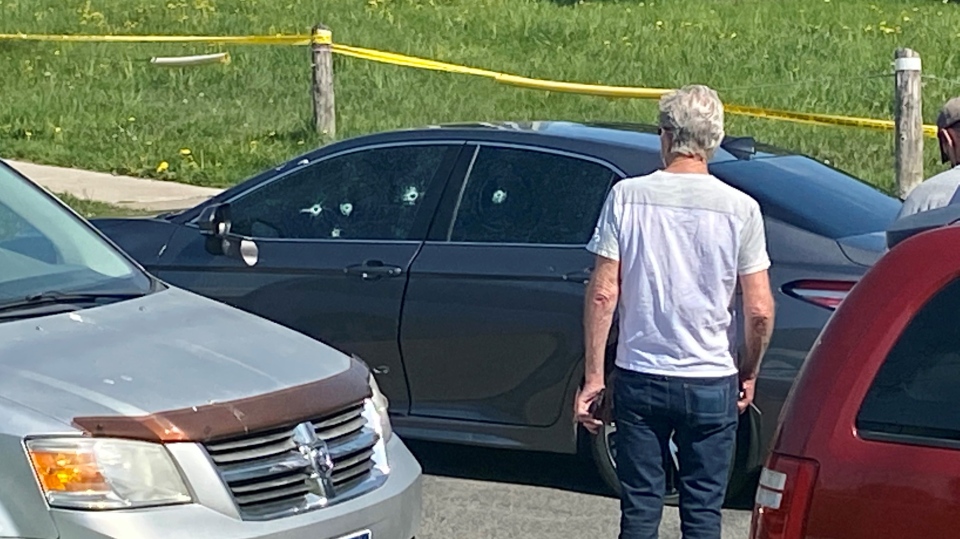 Williams said the shooting was concerning and unacceptable, given that it was a busy afternoon.

"It's a sunny day. And as much as it's the pandemic and we're on lockdown, I'm sure it was a busy area with lots of people walking around," he said.

Williams noted that officers will be at the scene for approximately 24 to 48 hours as they canvass for witnesses, cellphone and dashcam videos that could help in the investigation.

"Please help us piece together what took place today," he said, appealing to anyone with information to contact 23 Division, homicide investigators, or Crime Stoppers anonymously.